The only secondary school located in the wider Whitestone and Wembrook areas of Nuneaton, The George Eliot High School opened on the site of the current school’s South Wing during September 1961.

The school is named after George Eliot, the pan name of Mary Ann Evans (1819 – 1880). Evans was novelist, journalist and translator who was born in Nuneaton, and is considered to be one of the leading writers of the Victorian era.

The school was founded to provide for the educational requirements of residents living in the new housing developments in the area and, during the school’s construction, pupils received their education in buildings now known as Hatters Space located in the town’s Abbey Street. Through the 1960s pupil numbers grew and expanded to such an extent that the school took possession of the buildings that made up the then Caldwell Junior School in Donnithorne Avenue during the early 1970s. Continuous expansion also led to the school taking possession of the buildings of St Joseph’s R.C. Junior School in Morris Drive when that institution relocated to Riversley Park. Following these acquisitions, the School occupied an expansive area with three teaching buildings – North, Main and South.

In 2002, two brand new buildings were opened on the Raveloe Drive site. The new Linford Wing provided classrooms for the dedicated teaching of Maths, English, Modern Foreign Languages and ICT. The same year, a new state-of-the-art sports hall and changing room facility was opened allowing pupils to enjoy PE throughout the year regardless of weather conditions.

In 2009 the School was renamed as The George Eliot School when it became a national challenge trust school and enjoyed the support of North Warwickshire & Hinckley College as its strong educational partner. Natural evolution followed 12 months later as the school gained academy status and, in the same year, recorded its best set of examination results in its 50 year history.

In September 2011 the school joined the Midland Academies Trust.

The Midland Academies Trust is a close-knit and local family of schools working in partnership to create successful futures for all the young people in our care. We believe in a strong knowledge-rich curriculum, high expectations for all, close collaboration and continual investment in staff expertise.

Our four secondary academies work in the heart of the communities of Nuneaton and Earl Shilton, providing a high-quality education for over 3,000 young people each year.

The George Eliot School provides pupils with excellent facilities and these are subject to on-going investment and improvement.

Out of normal school hours, many of our facilities are available to hire to local community groups, businesses and for private parties and functions at very competitive rates, please contact reception on 02476 744 000 for more information.

Opened in 2002, the School’s Sports Hall enables the school to offer an all-weather sports capability and students use this excellent facility to develop sporting skills in basketball, table tennis, badminton, trampoline and indoor football. The Sports Hall also has indoor cricket nets as well as excellent shower and changing facilities and can also be hired by external organisations for private functions. 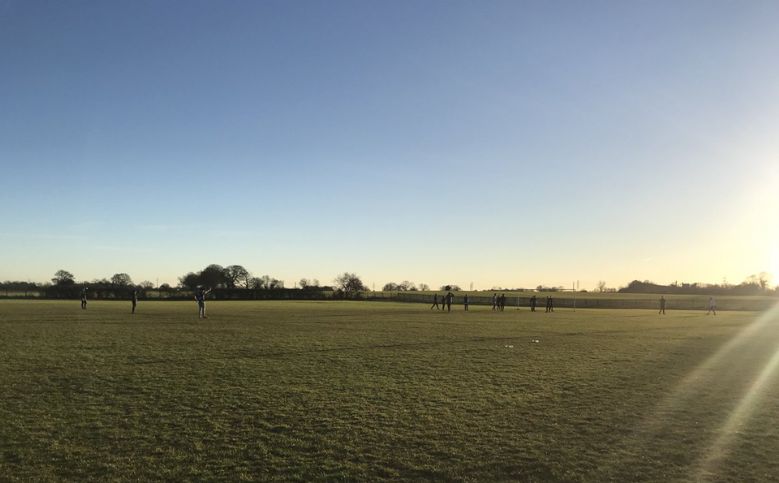 South Hall has the capacity to seat up to 250 people. It is used as the venue for all of the School’s drama and musical performances as well as awards and certificate ceremonies.

The George Eliot School has a Music Department that enjoys an excellent reputation. As well as a well-equipped music teaching room, pupils can also make use of several sound proofed practice rooms.

During the summer of 2011, the School invested in the complete refurbishment of its science laboratories located in South Wing. The investment reflected the School’s commitment to teaching the 3 sciences. South Wing has a floor dedicated to the teaching of Biology, Chemistry and Physics as well as Food Science.

Opened in September 2002, the Linford block is a bright and modern learning environment that offers spacious teaching accommodation for the Maths, English, and Computer Science. In 2019 all teaching rooms in Linford were renovated with new paint, blinds and flooring.