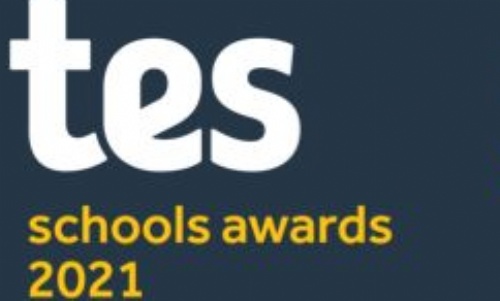 Despite his status as an NQT, maths teacher Nick was appointed Head of House at The George Eliot School in 2020. School principal Homeira Zakary said that Nick takes a proactive approach and never waits to be asked to get involved with school activities outside his classroom teaching commitments.

Nick has taken on additional responsibilities this year including leading the Fantastic Five scheme for Year 11 pupils who compete against each other for rewards against key measures of attendance, behaviour, and effort. Pupils are involved in whole class feedback every 1-2 weeks and are provided with follow-up tasks that help them to improve. Nick was also instrumental in setting up a network of Maths Pioneers supported by Teach First to enable maths teachers all over the country to meet up online and share best practice ideas.

At Hartshill School, principal Dr Louise Newman explained that community and collaboration has been at the heart of its response to the pandemic. She said that the school remained open by utilising premises supplied by Midland Academy Trust sponsor, North Warwickshire and South Leicestershire College to maintain services for keyworker and vulnerable children. It delivered supplies of learning materials and free sanitary products within the community according to a regular timetable via its Resources Bus using a Land Rover donated by Jaguar Land Rover. The bus was also used to delivered food parcels to families in need and collect donations for the Nuneaton Foodbank.

Hartshill school enjoys a highly effective Student Leadership Team with 15 members from both Years 10 and 11 and has a hard-working and creative head boy and girl. During lockdown, the team produced a newsletter for the local community that was delivered to care homes, hospitals, and the Mary Ann Evans hospice in Nuneaton, reaching out to those in isolation. The Student Leadership Team has kept in touch through a WhatsApp group and produced regular podcasts for their peers on their experiences of remote learning.

Simon Lomax, Executive Principal of the Midland Academies Trust said, “This is fantastic news for our colleagues at Hartshill School and The George Eliot School and for the wider Trust which works together to share success so that we all progress together. Our Trust-wide approach to an aspirational five-year curriculum, coupled with the commitment and dedication of our teams and the positive role they play in the community, has enabled us to sustain our improvements despite the difficulties of the last year.”

Marion Plant, Chief Executive of the Midland Academies Trust said, “We’re delighted with this high-profile recognition of our schools for the work they have done during one of the most challenging years in our history. Being singled out amongst our peers as part of this awards scheme provides fitting recognition of the MAT’s journey of continuous improvement. We all wish Nick Clark and Hartshill School the very best of luck for the final.”

TES editor Jon Severs said, “It is more important this year than ever before to celebrate the fantastic work schools do because in the past 12 months they have gone above and beyond to ensure pupils were able to be educated and be kept safe in extraordinary circumstances.

“We were inundated with entries that demonstrated just how hard the pandemic made the work of schools and just how amazing the response from staff has been. We are looking forward to showcasing, as we do every year, just how vital our education professionals are to every facet of this country. After a successful online awards ceremony last year, we are once again holding this year's awards ceremony virtually. Winners will be announced on Friday 25 June 2021.”.